On June 17, 1972 I got married. I was 20 years old. The groom was 3 days past his 20th. So from the beginning you could say we did everything wrong. I wonder what the odds were then that we would stay married? Probably not too good. But here we are 44 years later and to quote a song that has also been around for years, “You’re still the one.”


That is not to say I haven’t on any given day wanted to cheerfully annihilate “the one.” To any long-married couple who can say, “We’ve never gone to bed angry,” I say, Good. For. You. I have. And I’ve gotten up angry and stayed angry for most of a day or until he called and asked, “What’s for dinner?” and then we started talking about that or some other issue that had nothing to do with what made me angry in the first place. Pretty soon you decide staying angry takes too much energy and you let it go.


I once listened to a talk about different psychological personalities and how they match up. The speaker described these two: the one who gets mad, holds on to their madness, and remembers forever what they were mad about and why, and the one who gets mad, yells, acts pissed off, and then five minutes later is not mad, and ten minutes later does not remember being mad. When I heard those descriptions a light bulb flashed in my mind. That’s us! That is us to a t! I will let you guess who is who in the equation, but who knew we could be so perfectly profiled?


Sometimes I wonder what it was that drew us together. We met senior year of high school when our two schools (small Catholic rival schools) merged and became one. I think our first encounter was when I gave him a ride home after some jerk from another school had popped him in the face and his buddies dumped him. My girlfriend and I put him in the back seat of my mom’s 1959 Oldsmobile convertible and took him to his house where we promptly left him before his parents could come out  and ask questions. At school the next week he sat behind me in some class, tapped me on the shoulder, and asked if I had any aspirin. His lip was still swollen, and he was wearing sunglasses to cover a black eye. I think I felt sorry for him. Is that when love was born?


You can’t go through 44 years without a lot of ups and downs, and we’ve had our share, but somehow we’ve always managed to stick it out and get to the other side. We have a lot of shared interests; we both listen to the Moody Blues, Pink Floyd, and Johnny Cash. We favor trips to national parks and have never been on a cruise. We don’t read the same books and we argue about gun control. We usually vote the same (thank goodness!) and we sometimes watch the same TV shows and movies. He got me hooked on Modern Family and Big Bang Theory. I’ve taken him to the darker side with Law and Order SVU and CSI. He goes to bed early. I stay up late.


To any young couple just getting married, I would offer this advice. Make darn sure you like the person you are marrying. Yes, I know you love them but do you like them? Sometimes liking someone is enough to get you through the “I don’t know if I love him anymore” days. Conversely, loving is the thing that makes you care for someone when they’re ill and support them through job loss and loss of loved ones. Love is what helps you rise above the many disappointments that are sure to come your way. Make sure you grow enough of both emotions because that is what will carry you through 44 years.


Perhaps this is why I choose to write romance, in the hope that I can give this to the characters in my books, the hope that when I leave them at the end, they are going on to 44 years and more together. (Because you know, in my mind, they do go on, because they are real.)  I never promise them a happily-ever-after, because I don’t know if there is such a thing, but I do believe in working hard at something every day and making it last. 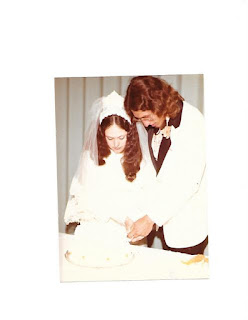 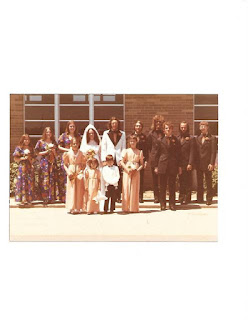 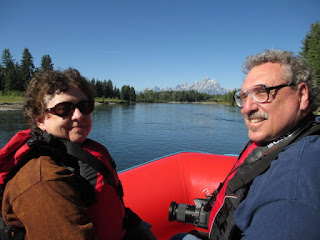 I had to laugh at your arguments. I'm the one who gets mad and stays mad. Hubby forgets arguments as soon as the words are out of his mouth. We're at 35 years, so I guess the formula works for us, too! Congratulations on 44 years of success.

Thank you, Patty. I always say, it is truly the hardest work to stay married in today's world but when you do, there are many rewards. Congrats on your 35 years!

Wonderful words of wisdom, Lucy. We hit 48 years in May. I know my parents never thought it would last. I guess we must have had our doubts because we decided we would work on a one-year contract. Every year, on our anniversary we decide whether to renew or not. So far we've always renewed. But you're right, there are some times (minutes, hours,days) when one or the other of us wonders. So far, he is "the one."

Wonderful blog, Lucy. Congratulations on 44 years. Next week we would've marked 62 years, but that was not to be. We had a few ups and downs in 61 years together, but none we couldn't resolve. There were tears, laughter, short-lived blow-ups and heated "discussions", but somehow we made it work. The older we became, the more mellow we were and the sweeter our love grew. We learned together to appreciate what really mattered - each other, our
family and home. From your blog, I think you've had a wonderful relationship. May you have many more happy years together.

Beautiful story, Lucy. We were eighteen and nineteen (what were we thinking?) and are closing in on 49. Can't tell you the number of people who thought we wouldn't last either. Ron always says we stayed together because we grew up together. Congratulations on your many years of success!

Congrats on your long marriage, Lucy. We'll hit 44 years this year, too. You really hit the right notes on how to survive living with another person all that time. I'm the one who blows up while Hubs either shrugs it off or simmers. I can count on one hand the number of times he's blown up at me. To make a relationship work, both have to give 100%, most often not at the same time. Sometimes he gives 80 and I give 20 or the reverse. Never the same. We still find things to talk about. He's the engineer--science minded, non-fiction reader; I'm more of the artist, music-lover, fiction aficionado. And we stay away from politics. In fact, I think we cancel each other's vote.

Well 26 years seems small considering the numbers above. I knew Paul for 17 days before I realized he was the man of my dreams. His integrity was verified by his secretary of over thirty years. My three failed marriages were interspersed with ten years of lonliness each. Never want to be alone again, the Lord willing.

Sounds like we have all been blessed with long marriages. Sometimes I am amazed when I think of all the challenges we have been through and lived to tell the story. We keep joking that we won't make it another 44 but here's hoping to as many as life gives us...and then some. Thanks and congrats on all your years with that special "one."