Thursday, August 25, 2016, was the centennial celebration of our National Park Service. On that date in 1916, President Woodrow Wilson signed into law the agency that has managed and protected the parks, lakeshores, seashores, and monuments that make up the system. They now number over 400, a new one having just been designated this week by President Barack Obama.


What has this to do with a bucket list? A while ago, my husband and I were talking about where we would go if we could travel anywhere we wanted and not worry about the cost. Without even having to think about it, I replied, I would visit every national park I possibly could. Maybe a bit of a surprising answer, but it is without a doubt on my bucket list, to see as many national parks as I can in my lifetime.


Then I got to thinking; we have already been to quite a few, some for a return engagement. From the misty and mysterious peaks of the Great Smoky Mountains to the amazing wonders of Yellowstone, the very first national park, we’ve had the privilege of visiting many of the “crown jewels” of our country. The Smokies were a favorite and led me to write a story set there. Sleeping Bear Dunes National Lakeshore, in our own state, is filled with steep dunes and Indian legends. The Badlands of South Dakota leave you in awe, as do Canyonlands and Arches parks in Utah. Rocky Mountain National Park in Colorado was the first park I ever visited, followed by Grand Tetons in Wyoming, which everyone knows is my home in another lifetime. Montana’s Glacier National Park and its Going to the Sun road has you thinking, as you view the road from below, “Is that really where we’re going?” Then when you’ve descended, “Is that really where we were?” Scotts Bluff in Nebraska is a remarkable place in a state that you otherwise drive through to get somewhere else. Walking in Craters of the Moon in Idaho is indeed like being on another planet. Mammoth Cave in Kentucky is full of history and legends plus stalagmites and stalactites! Devil’s Tower in Wyoming will have you wondering about close encounters of many kinds.


This year we hope to revisit a few of our favorites, including one we haven't seen in a while, Theodore Roosevelt National Park in North Dakota, to maybe catch a glimpse of the wild horses that live within the park’s boundary.


Lest you think you must head to the wilds of the country to visit a national park, there are a number of urban parks close to large segments of the population. In fact, no matter where you live, there is probably a national park, monument, lakeshore or seashore within a few hours’drive.


Visiting national parks. I think it’s a pretty good bucket list to have, because they truly are “the best ideas” America has ever had. 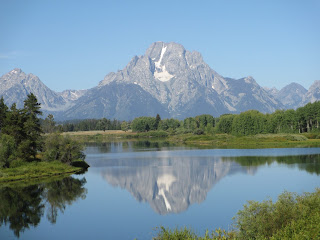 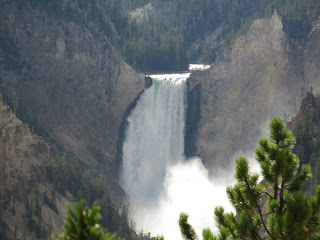 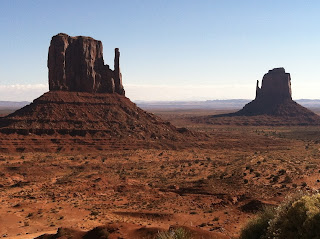 Posted by Lucy Naylor Kubash at 6:13 AM 4 comments:

Lines in the Sand
The End. The place writers hope to reach when they first start to write a book, story, or article, but a place that is so many times an elusive line buried somewhere in the sand. I found the line last night. At 2 a.m.  I finished the book. I. Finished. The. Book. The book that began many years ago as a short story. The one I set aside so many times and had come to believe would never be finished. The one that often made me struggle but that convinced me to just have faith and follow the characters, because they were determined to tell their story. I finally did. I just had faith and let them go where they wanted, and I believed in them when they said, “Don’t worry. We know what we’re doing, and it’s going to be okay.”


Of course this end is really the beginning. I have 72,565 words to edit, facts to look up and confirm, and then I need to decide what to do with it all. In some respects, I feel like the Olympiads who, after years of working hard, have made it to the finish line. Because last night, I finished the book. That is really all I have to say here today. 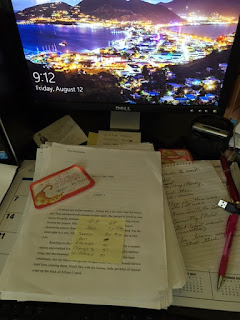 Posted by Lucy Naylor Kubash at 6:35 AM 3 comments:

Home to Another Place


While I can’t say that I believe in reincarnation, I still sometimes wonder if it’s possible to have lived another life. That somehow, in some way, I lived in a different place. Forty-five years ago I first traveled west with a group of college friends to the places I’d only ever seen in movies. Having been a lifelong fan of westerns, I’d always longed to view those wide open plains and Rocky Mountains in person, and when we finally did it was truly a life-changing experience. Those lofty Colorado peaks were a sight to behold, and yet it was when we ventured to the Grand Tetons of Wyoming that I felt a special magic, a fascination with a place I’d never quite felt. To paraphrase a song by the late John Denver, it truly was like coming home to someplace I’d never been before. From the reflection of Mount Moran in the winding Snake River to the quiet of Jenny Lake, the magnificence of the entire area had me from the first morning I watched the sunrise reflect against the Grand. I was in love.


Then there was Jackson, at that time just a tiny western town, cradled in the “hole” between the mountains. With the Million Dollar Cowboy Bar and Town Square with its antler arches, Jackson seemed so unique. As college kids we had a fabulous time camping in the park, wandering through the town (which didn’t take long back then) and going horse-back riding in the shadow of the Tetons. It was sad when we had to leave, and in my heart, I knew I had to come back someday.


It was 11 years before we did, my husband and I, with our young daughter in tow. I found the fascination with the Grand Tetons hadn’t changed. It still felt magical to sit and watch the clouds drift over those craggy peaks and wonder if in another time I really had called this place home. Maybe that was what led me to write my novel, Chance’s Return, about a man who once lived here but who comes home after years away, and a woman who comes home to a place she’s never been before. Writing the book kept me in touch with the magic of the Tetons, which was good because it would be 32 years before we went back again.


Now, in a twist of fate, our son lives there, and we’re planning our third trip in the past two years to see the mountains. (Oh yes, and to see him, too!) As has happened every time we’ve visited, I will be as excited as if it’s the first time, and I’ll be sad when it’s time to leave; but I’ll be taking a new story with me to keep me in touch with a place that tells me it was my home in another time. I have a title, Tetons by Morning (to remind me of what it looks like to see them in that pink dusky glow) and a first chapter in the sequel to Chance and Casey’s love story. I’m sure the trip will be great for inspiration as well as an opportunity to do more research, but more than that, it will bring me back to where I’ve been before. I can’t wait. 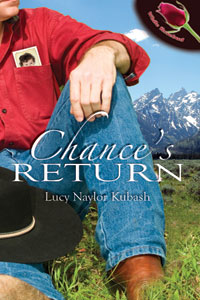 Chance McCord pushed back his hat with his thumb and lifted his weary gaze to the mountains up ahead. In the past half-hour, storm clouds had amassed over the Tetons, staining the sky a violent shade of purple. Thunder rolled across the valley, setting a nearby bunch of Herefords lowing nervously and a jackrabbit scurrying for cover. In a minute, it was going to pour buckets.


Chance didn’t mind the rain. The stretch of Wyoming highway shimmered under a sun that burned mighty hot and dry for this early in the summer, and he would welcome a rush of cool mountain air right about now. He just hated for his saddle to get wet. A fine cutting saddle, it had been a parting gift from his buddy Hank, and since the truck broke down outside of Boulder, one of the few possessions of any value Chance had left in the world.


He’d thumbed the rest of the way and wished now he hadn’t asked the semi driver to let him out ten miles back. Did he think walking would make things easier? Give him more time to think about what he faced? He’d had plenty of time to think—five long years—and nothing in his mind had changed. Maybe walking was a form of retribution. A way to make amends.
In truth, Chance knew it was just another effort to put off the inevitable.
He reached into his shirt pocket, drawing out a tattered photograph. He always carried it with him, right over his heart. As he studied the photo now, a memory pierced him so swift it took his breath away. Lately those memories had begun to fade, taking with them some of the pain, but today he held onto the pain so he wouldn’t forget.


Thunder rumbled again, and he slipped the photo back into its place, making sure his dusty denim jacket covered it. He lifted the saddle and rested it against his hip. The town of Jefferson Falls lay up ahead. He could sit out the storm there, but he’d never make it in time to beat the rain. He knew too well how fast storms moved out of the mountains, and this one wasn’t wasting any time.  The wind picked up and sent scraggly tumbleweed skittering across the pavement. Chance raised his face to feel the breath of the mountains on his damp brow. Then with a heavy sigh he pulled the brim of his Stetson low over his forehead, shifted the weight of the saddle, slung his duffel bag over his shoulder, and prepared to be drenched.

Posted by Lucy Naylor Kubash at 6:43 AM 5 comments: