The Road to Escape by Patricia Kiyono


Book One in The Escape Reunion Series, a multi-author project


After I signed on to write the opening book of the Escape Reunion series, I started brainstorming conflicts for my main characters. The hero was relatively easy – he was a widower who’s struggling to keep his alpaca ranch going all by himself. His wife’s death ten years earlier caused him to alienate his children, and his feelings of guilt prevent him from forming a relationship with another woman.

The heroine was more difficult. Originally, I thought to give her a phobia I possess – my complete abhorrence to animals. All animals. I don’t mind looking at them, but I cannot touch them. What greater conflict for a woman with this malady than to start a relationship with a man who lives and works with animals? Of course, I eventually discarded that plan, because I honestly couldn’t figure out how to resolve that conflict. Twenty years ago, I nearly left my entire family when hubby and the kids brought home a Bichon Frise. Try as I might, I couldn’t come up with a believable scenario to make an animal-phobic woman agree to marry a rancher – unless the rancher gave up the ranch, but then that wouldn’t be cool if he had to give up his livelihood for her.

Anyway, once I got my conflict in order, I started my research. But there’s only so much one can learn from reading articles online, watching YouTube videos, and talking to people. In order to get a true feel for alpaca ranching, I had to spend time on an alpaca ranch. So I started corresponding with a few local experts, and finally drove out to Blendon Pines Alpaca Ranch in Hudsonville, MI. Fortunately the weather was relatively cool, so I wore jeans (so stray kittens and smaller critters wouldn’t touch my legs), long sleeves and a jacket (in case I brushed up against an alpaca), and gloves. I got out of my car, wondering how silly I’d look if I covered my head with a ski mask.

Fortunately, the inhabitants of her ranch were friendly, but not overbearing. In other words, they didn’t try to touch me. And Lynn Scholten showed me around, answering my many questions about her daily routine as well as the current challenges alpaca farmers face. Hopefully, I depicted the profession accurately in The Road to Escape.


Patricia Kiyono was born in Japan and raised in southwest Michigan, where she lives with her very tolerant husband, near their five children, nine grandchildren, and two great-grandchildren. Her first career was teaching, which she still does part-time at a local university. In addition to writing, she likes to sew and scrapbook. She also loves to travel, always on the lookout for special locations and historical details for her books.


Tom Cooper left his high-pressure law practice in Indianapolis for life on an alpaca farm in the tiny northwest Indiana town of Escape. Though he continued to practice law, the farm provided a good life for him, his wife, and their four children. But when his wife died, grief consumed him and the children all left. He’s resigned to doing things alone, but a disturbing medical diagnosis could change things.

Laurie Matthews left her nursing job in shame. The town of Escape has welcomed her, and she now owns the local diner. She’s attracted to the handsome widower who comes in for coffee and a hot meal, but keeps her distance, because everyone she’s ever loved has died – her grandparents, her parents, her husband, and one other.

A romantic relationship isn’t on the agenda for either of them, but when the diner falls on hard times, Tom steps in to help, paving the way for them both to escape the loneliness in their lives.


Memories of his children filled his thoughts for the rest of the drive to the Cooper Alpaca Ranch. He pulled into the driveway and drove past the house toward the barn. Maybe some hard work would take his mind off his worries.


Opening the wide barn door, he let his eyes adjust to the light inside. The large door opened to an aisle with stalls on each side. His grandfather had raised horses, but when Tom inherited the farm and converted to alpaca ranching, he’d put additional doors on the sides of the barn so that the animals could easily go outside. Like on most alpaca farms, the females were kept separate from the males and met only for breeding. On this crisp spring day, only a few females remained inside. He shooed them out, locking them into the female pasture. Then he got a wheelbarrow and cleaned out the barn floor, taking the alpaca beans outside to the manure pile.


Working on his chores calmed his mind, and his mood lifted.

The Road to Escape can be purchased at Amazon, Barnes and Noble, Smashwords, and Kobo. 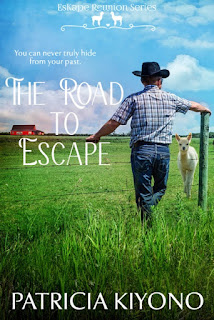 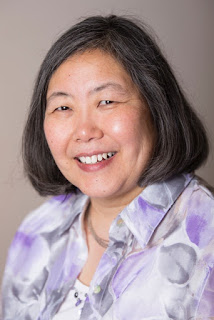 Posted by Lucy Naylor Kubash at 8:25 AM 3 comments: