Last weekend I took part in a fall writing retreat that was a first for me. Held at Lily Hill Farm, in a pretty much wifi free zone in the middle of southwest Michigan wine country, ten writers convened to do what writers do best: write, talk about writing, talk about lots of other things, eat and then write some more. I have to say it was great not to be bothered with the phone ringing or have to fight the lure of new TV shows and Facebook. I worked on self-edits on the finished book for a while and then added about 4,000 new words to the work-in-progress. I know that doesn't sound like a lot, and it isn't, but for a very sloooowwwww writer like me, well, I was happy.

The book I'm working on is a sequel, so I'm having to get back into the minds and hearts of characters that I haven't written about for a long time (I wrote the synopsis for this story a while ago, but like I said, I'm slow.) I also have to remember what I wrote in the first book and may actually have to go back and read it, just to make sure I get some things right. But really, the characters have never left me. I know them like I know my own family, maybe better, because they live in my mind and talk to me about things they probably wouldn't say to anyone else. I know their secrets, their hopes, their dreams, and who they love. I know what makes them mad and what stirs them to great heights. The hero especially is a complicated character who sometimes surprises even me. This is from a scene I wrote last weekend:


A week later a storm did hit and besides blanketing the Tetons and the Buffalo Valley in another layer of white drove a pack of wolves that normally stayed to the north in Yellowstone to start hunting closer to the ranches. Bison, too, moved into the cattle pastures, and Chance was forced to go out every day and chase them away. Today, accompanied by the giant herd dog Mariah, he rode along the perimeter of the winter pastures, checking for any signs the wolves stalked nearby. The wind blew like needles against his face, and he hunched his shoulders to ward off the rawness that sank into his bones. After a day spent in the saddle his body always reacted to the cold and refused to move the way he wished it still could. Blame it on old rodeo injuries. Blame it on just plain getting older. Whatever, he simply wasn’t the man he used to be, the one who rode the meanest broncs this side of the Divide and lived to tell about it, who made riding bucking broncs look like a tea party. Chance McCord, Best All Around Cowboy at the Cheyenne Days rodeo for three years in a row. Chance McCord, Top Bronc Rider at the Cody Night Rodeo. He had the belt buckles to prove it and the memories of more nights spent sleeping in the back of his truck than he cared to count. In a way, it kind of ate at his soul and awakened him sometimes at night, because now Chance McCord rode along the edge of the Bridger-Teton forest and looked for tracks in the snow, and tried to ward off the wind that seemed determined to sweep away the hat he’d jammed down tight on his head. In other years, he would have been hunkered down somewhere warmer, maybe on a ranch in Texas or Arizona, while he waited out the winter. On this December day, he just wanted to return to the house and drink coffee and stand in front of the fire.


He should have worn the scarf Casey had tried to tie around his hat to keep it from blowing off his head. Should have listened to the woman who loved him in spite of who he was or had been. She and the boy were the only people who really made his life worth anything right now and kept him from just going back on down the road. Dealing with his father and brother was still a work in progress, and he wondered if he ever would feel a part of their plan. Would ever fit in. He doubted it because in all his thirty-four years, he never had. 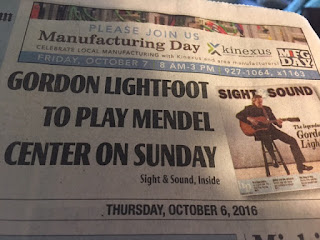 Posted by Lucy Naylor Kubash at 7:29 AM

Have fun at the concert! I always loved Gordon Lightfoot. Loved the excerpt. Tetons by Morning will be a great sequel. Glad you made so much progress last weekend!

Loved Chance before and continue to love him now. Great work, Lucy, keep it going/coming whatever. Gordon Lightfoot? Love his songs too. Enjoy!

Thanks, Patty and Margo. I'm really getting into the book, but the concert will be a nice way to refill the well.

Great excerpt Lu and I love the title of the new book. Do you think Chance would marry me?

Great excerpt Lu and I love the title of the new book. Do you think Chance would marry me?