Legacy of Love, from Autumn's Gold


The first thing Lauren noticed when she opened her eyes was the pair of crystal-blue ones staring at her. They were surrounded by a furry face, and the nose that nudged her hand was cold and wet. The husky lay her muzzle on the sofa and whined softly.

“Okay, Juno, stand aside. Let’s give the lady something warm to drink.”
The man who crouched down beside Lauren was big and his face stern, but she sensed a kindness in his voice that quelled her sudden fear. He eased another pillow behind her and held a mug to her lips. Gratefully she sipped the tea. She still felt chilled, but at least her toes weren’t numb anymore.


“How do you feel?” he asked when the tea was gone.
Her hand went instinctively to her stomach. The baby was quiet. Was her daughter sleeping? Lauren gave a gentle prod and received a comforting kick in return.


“Okay, I think.” She managed a wry grin that turned into a grimace when the baby gave a luxuriant stretch.
“What is it?” Lauren’s rescuer looked alarmed. “You’re not…”


“No,” she quickly assured him. “I’ve another month to go, and first babies are usually late.”    She didn’t think he believed her. He studied her face for a moment and then went back to the cabin’s small kitchen.
“I’ve got some soup here if you feel up to it.”


“Sounds great.” Lauren had to admit now that she had warmed up she felt starved. “I can come to the table.” In a second he was back at her side. “I’m really all right,” she said, but she let him help her up.
“Hmmph,” was all he said.

The food soon had warmth and strength flowing back through her veins.

“Thank you so much.” She pushed the empty bowl away and finished another cup of tea. She stared down at her hands clasped about the mug. “I guess I’m really lucky you found me…us.”


“It’s really none of my business, but may I ask what you were doing out in such a snowstorm?”
“It wasn’t snowing when I started out,” she defended herself.

“Which means you’d been driving for a while. Excuse me for wondering, but where is your husband? Or…significant other? Why did he let you out in your…condition?”


“Simple. I haven’t one, or the other.” She tried to sound nonchalant, but the words were hard to say and fell like lead snowflakes.
Matthew didn’t say anything but went about clearing the table.


“You’d better rest some more,” he finally advised.
Lauren crept back to the sofa and watched the man who had pulled her from the snowy ditch. Now that she had a moment to study him, he looked vaguely familiar, though she certainly didn’t know why. It appeared he lived alone, except for the dog.


When he finished the dishes, he came back to stand beside the sofa. “Is there someone you want to call, let them know you’re all right?”
Lauren concentrated on petting the husky. “No, there’s no one.” The truth was still painful, but Lauren knew she must come to grips with it, and she must be strong, for the baby’s sake. Her grandfather would have expected it of her.


“You’re sure?” Matthew narrowed his gaze on her. “There’s obviously been a man in your life and if it’s a lover’s spat that drove you out into the storm it wasn’t very smart.”
The eyes she turned up to him were the soft color of moss, warm but secretive and hiding a terrible hurt. “I’m sure,” she whispered.


The words struck some deep part of Matthew, the part that could still feel sympathy for another’s pain. He believed her, and her very aloneness made him remember what it was like to have no one on your side. 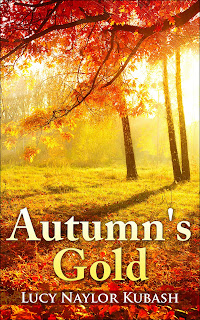