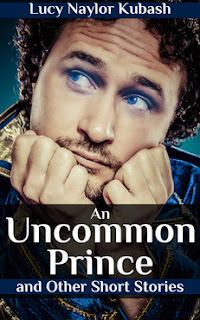 Posted by Lucy Naylor Kubash at 6:51 AM

Congrats! I love that we have this option these days. Our stories have a chance to meet more readers!

Congratulations! How exciting. Yes, it is so exciting to have the publishing options now. I've always loved the romance stories in Women's World. Good work!

Wonderful, Lucy. How great your stories will be read by a new audience. I can just imagine the work involved retyping all those pages. Best wishes.

Thanks everyone. I'm so glad this finally happened. Who would have thought this many years later we could do this?

Lucy, I remember seeing your name over and over again in Woman's World. Then it was great to finally meet you in person. They ended up buying one of mine for their Mini-Mystery. The thrill was something I'll never forget. Best of luck with this!

Congratulations Lucy, It sounds so exciting. I wish you a smashing success with it.

Thanks Margo and Rachel. It's certainly been a fun venture and a learning experience!

Okay Lucy, you got me hooked. I bought your collection. Looking forward to reading your stories.

All the best, Annette

Thanks, Annette. Hope you enjoy.